Check out, review, and merge locally

Step 1. Fetch and check out the branch for this merge request

Step 3. Merge the branch and fix any conflicts that come up

Step 4. Push the result of the merge to GitLab

Note that pushing to GitLab requires write access to this repository.

Tip: You can also checkout merge requests locally by following these guidelines.

To implement cutting, we employ a very rudimentary element removal strategy, which is free from mesh manipulation, therefore easier to implement, and faster in terms of execution. The trade off is that the results are not accurate, as we do not re-mesh.

For this, we have a new class imstkPointToVolumetricMeshCD, which stores the point (tooltip) position, the ID of the tetrahedron in the case of an interaction between the scene objects (pencil, and deformable object). Then using imstkTetMeshToPointCH class, we attach a vector storing IDs of the removed tetrahedra to the mesh object.

Lastly, we have new code-block to un-render the removed tetrahedra from the scene in imstkVTKTetrahedralMeshRenderDelegate class.

Attached is a picture of the "cutting" simulation on muscle-tendon produced from this commit: The muscle is held fixed at the ends and some nodes in the middle are fixed. It is put in a gravitational field, which acts in the negative y-direction. As soon as the right portion is cut, it falls due to the gravitational pull and bulges, as observed in the picture. 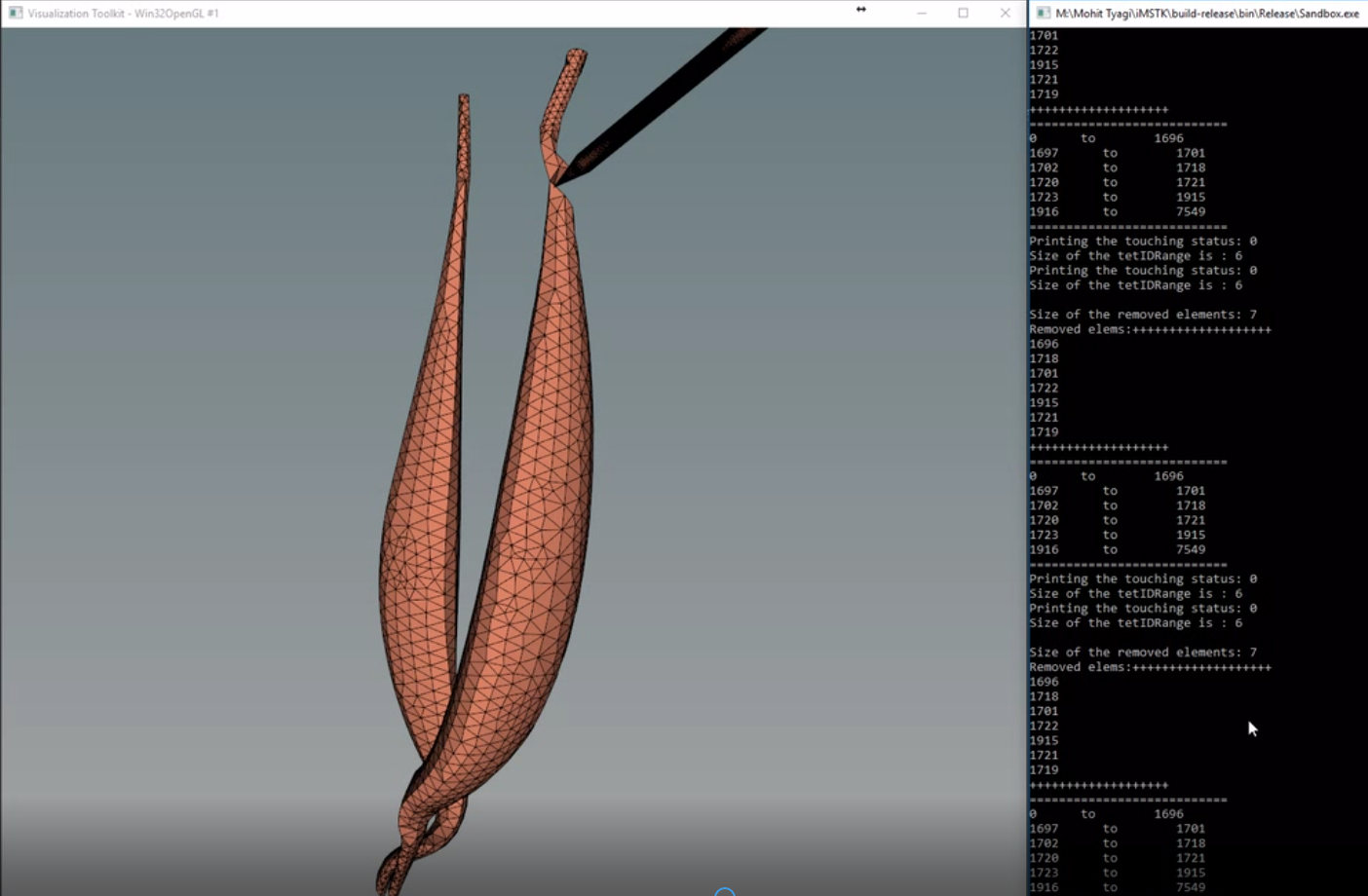