At work, we'd like to use VTK charts API to plot time signals with nanosecond precision. Upon comparison and benchmarking against matplotlib, vispy and gnuplot, the abstraction, functionality, features of VTK Charts seem superior, all without a compromise on performance.

Only one hiccup though, the timestamps are of type int64_t from Linux clock_gettime(). For example, in python:

There is a similar issue #17845 that brings up a limitation of Charts API to 32-bit floats. Even if that were fixed, it is insufficient. The least significant 10-11 bits from the 64-bit timestamp are lost in the conversion to 64-bit float value.

I think a subclass of vtkPlotLine, specialized to deal with time precision signals is necessary here. (Matplotlib has ConciseDateFormatter for that purpose.)

In the example, the X-axis values are regularly spaced (interval is 8 nanoseconds)

If I plot the 64-bit data simply, the VTK plot is unrealistic of the data. It naively casts away the lower bits, so there is a jump. 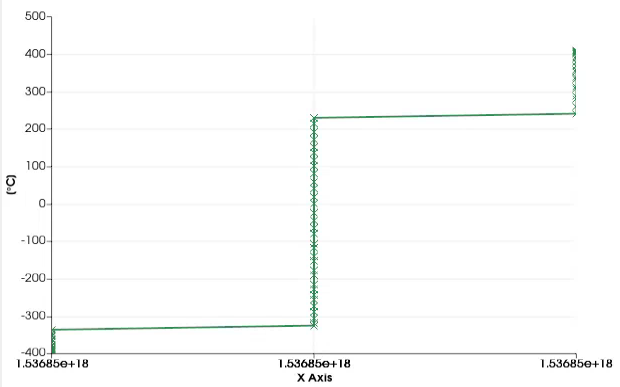 Whereas, if I reinterpret the x-data as 32-bit signed integers and remove the higher-order bits, then I get something useful.

In python, I reinterpret and stride with numpy

With that change, I get a proper representation of the signal, but with only the lower 32 bits. 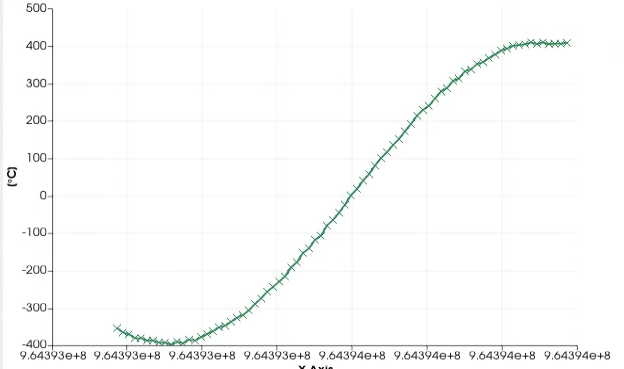 In a subclass of vtkPlotLine.