I found this error after making a small change to how depth buffers are updated while multisampling:

It's been failing for a while with an image error of 9, but my patch for some reason pushed it above the threshold to 12. Bisecting the behavior points to the new vtkCompositePolyDataMapper2 implementation (7912d340) as the culprit. 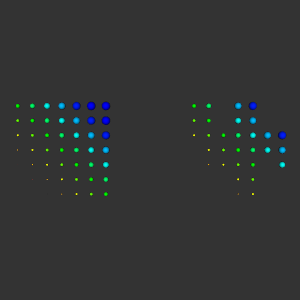 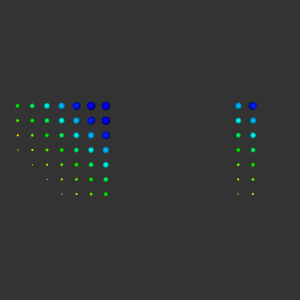 Inspecting the selection buffer shows that the glyphs have varying values during the id pass, though each glyph instance is supposed to be uniform (image enlarged/brightened):

This is causing non-selected points to be incorrectly picked.