This Merge Request exposes the new Lagrangian Particle Tracker of VTK in a plugin called LagragangianParticleTracker (the plugin is built by default).

More specificaly, this plugin exposes the vtkLagrangianParticleTracker, a very flexible particle tracking filter in vtk, as well as some helper filters to simplify the use of the filter within ParaView. The helpers are the following:

Both these filters use an integration model parameter to configure their panel in order to be totally dynamic.

The MR comes with different tests for the tracker and helpers.

The Lagrangian Surface helper can be used to add field data associated to each block of the surface that will be used in the tracker. Select the correct model then fill up each array with enum or direct values. Default values can even be directly computed by the model depending of the input. 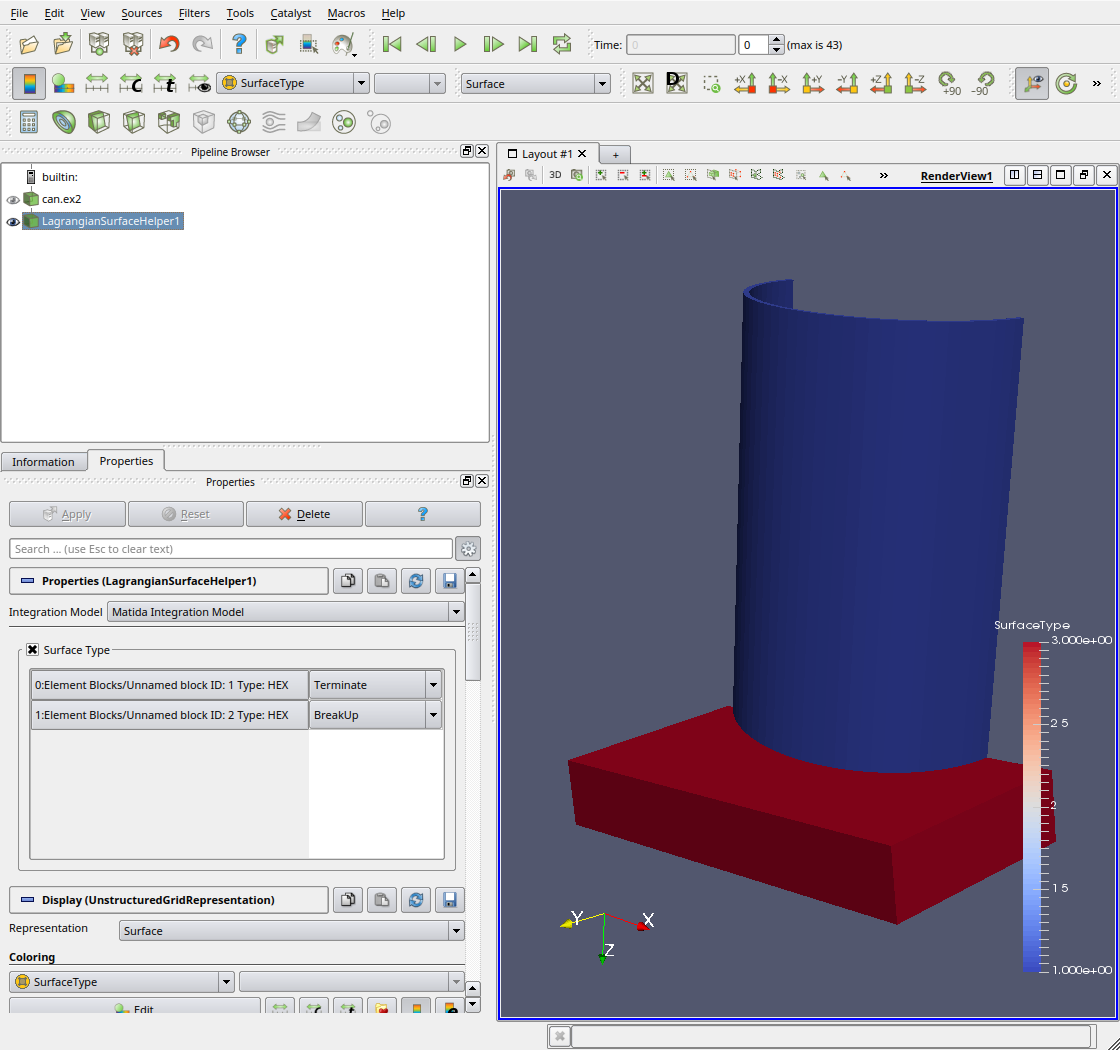 The Lagrangian Seed helper can be used to generate seeds for a specific flow. Just select the type of seed, and add a constant data for all points or use a interpolated data array from the flow. 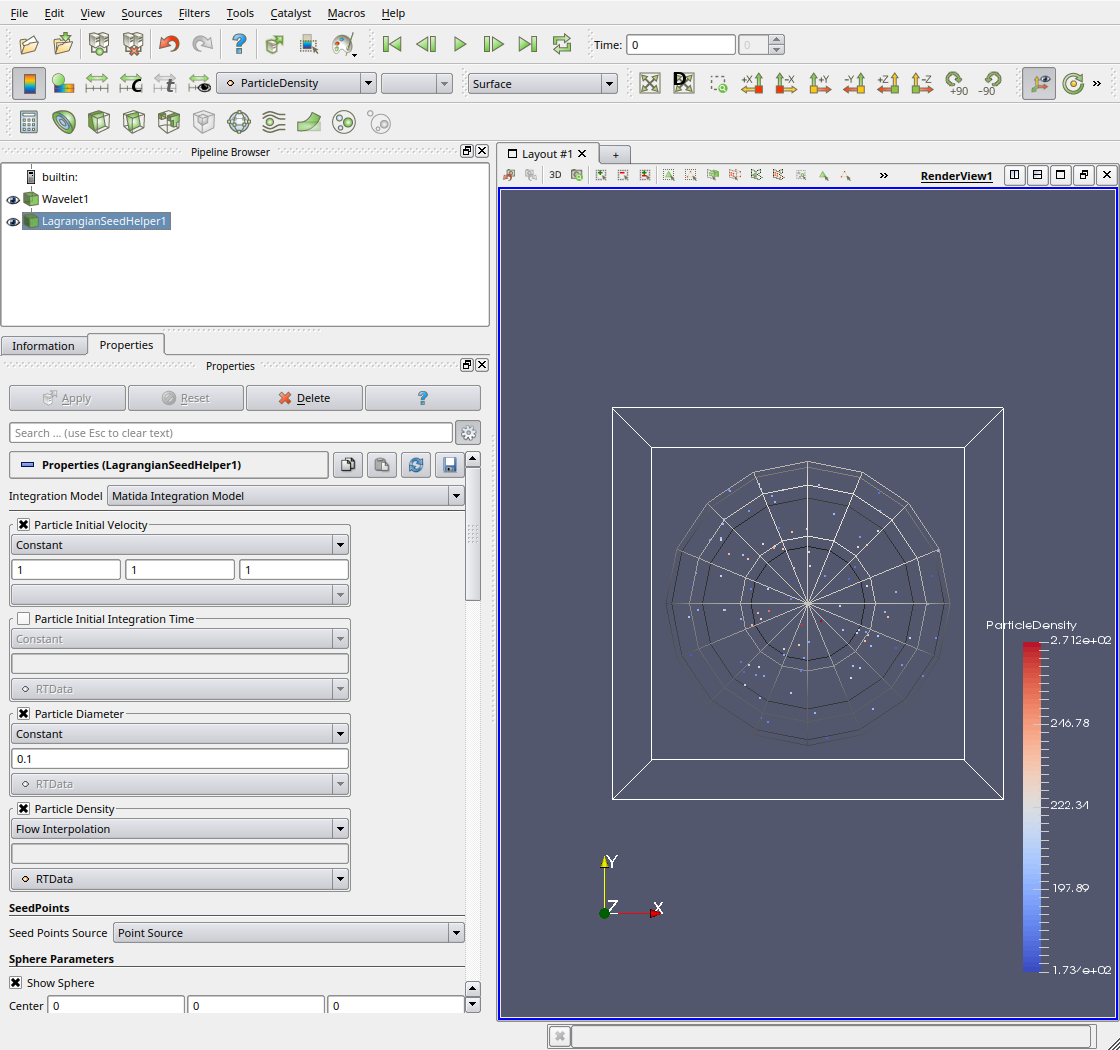 Note that this MR also contains several features needed for the correct integration of the Lagrangian Tracker within ParaView.