The Resample To Image filter gives incorrect results with hex cells. See the attached .pvsm file to reproduce the bug. The basic idea of the .pvsm pipeline is to create an unstructured cell type source with hex cells, clip that dataset at a non-axis aligned normal, then use the Resample to Image filter. The Extract Subset filter is included to strip away the outermost layer of cells in the output image data to make sure that this issue isn't due to boundary effects (it isn't). I'm also showing the outline of the original dataset to better show that this is happening in the interior of the dataset. See the following image for the incorrect vtkValidPointMask coming out of the Resample To Image filter. 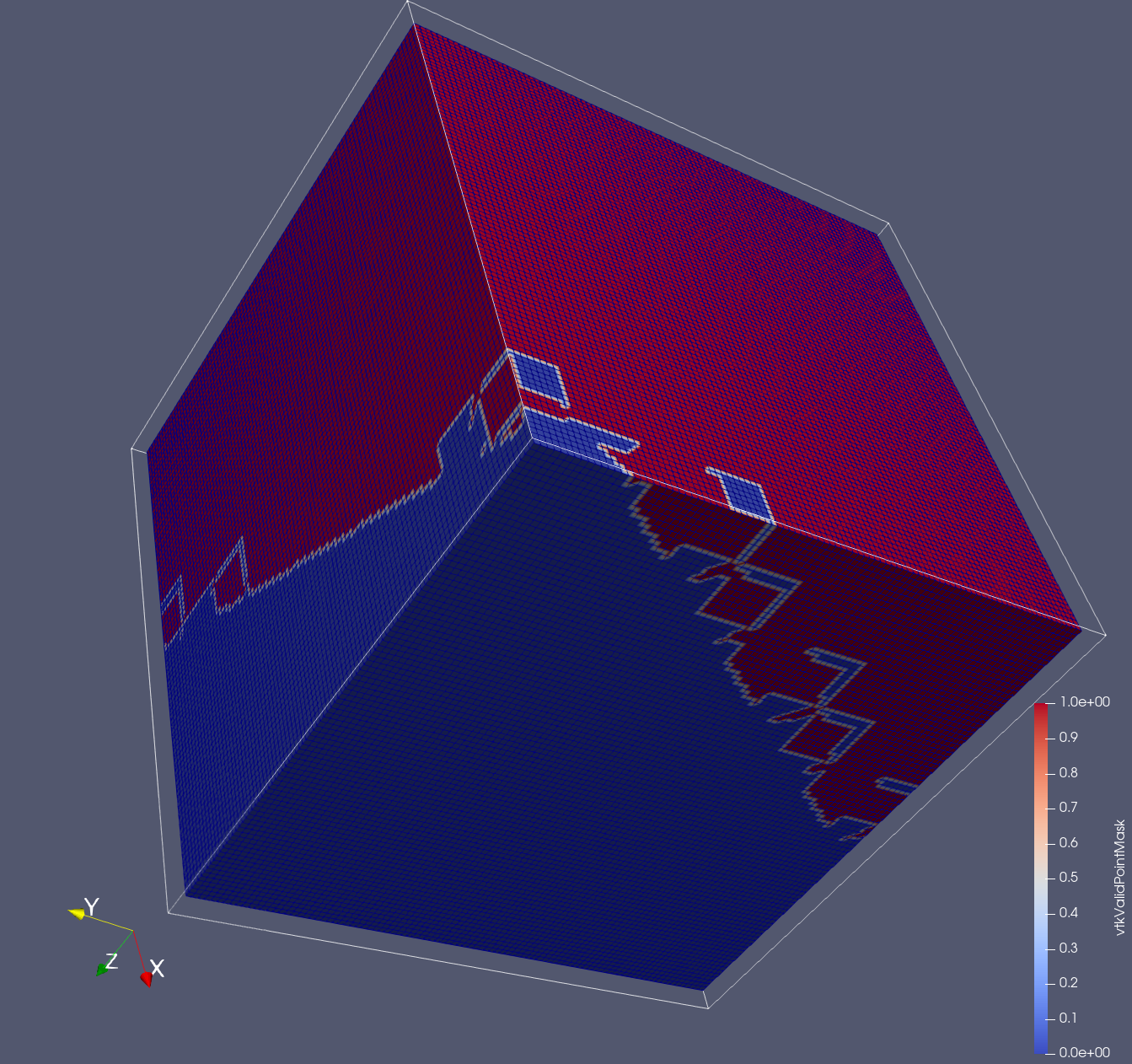 Note that this issue was discussed some at https://discourse.paraview.org/t/volume-rendering-uniform-grids/3988/6.