As reported in meshio#507 ‘2d XDMF vectors interpreted by ParaView as 3d’, ParaView 5.4.1 (Ubuntu 19.10 package) given a two-dimensional mesh with a two-dimensional vector field correctly displays the mesh #19058 but misreads the vector field as three-dimensional, giving spurious out-of-plane components at some nodes, leaving other nodes with no vector data at all.

In the meshio Python script, the vector field was saved twice, once as-is, once with zero third component. ParaView renders the former wrongly (red), the latter correctly (green). 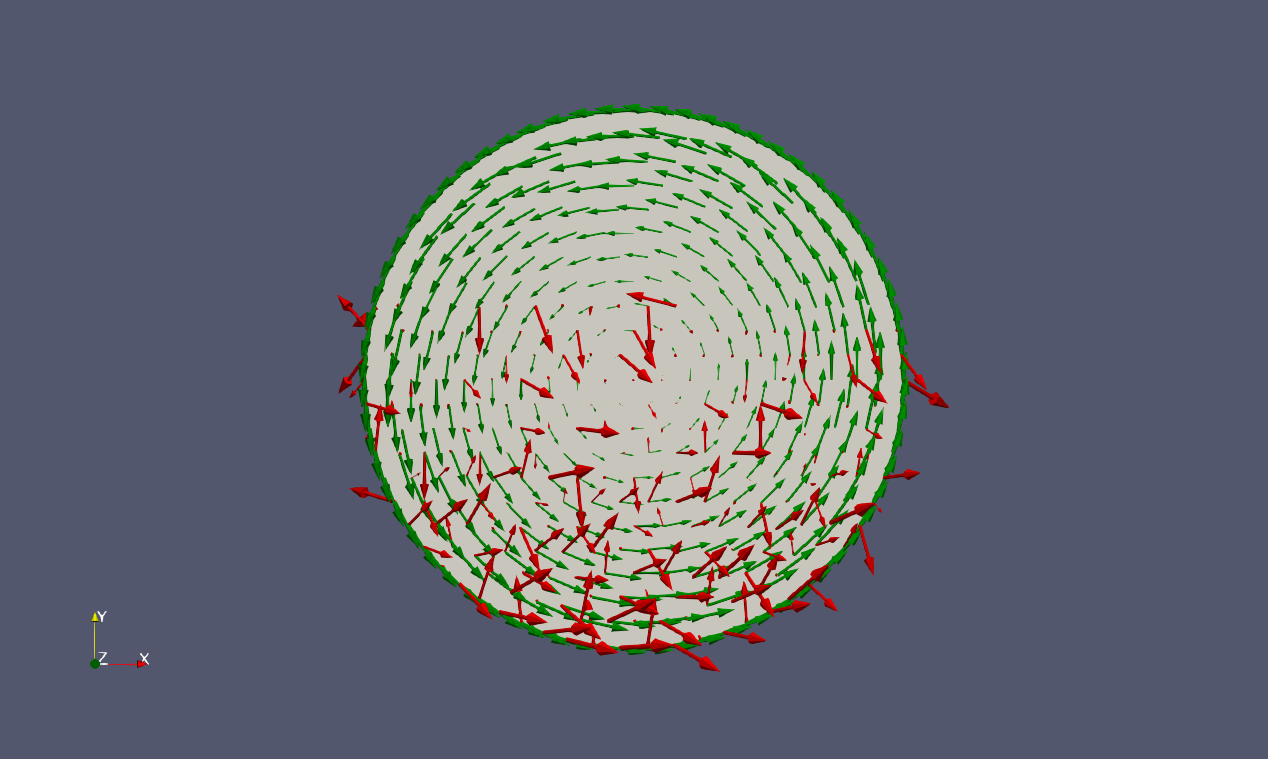