When I tried to connect Paraview installed in gate2 server, I succeeded in connecting as follows.

After I connected to gate2 server using ssh,

Connect to gate2 server in Paraview installed in my notebook

But I have to run pvserver in gate2. I would like to connect to ParaView in gate2 without my running pvserver. So I tried to use "Server Launch Configuration Command". But I failed. 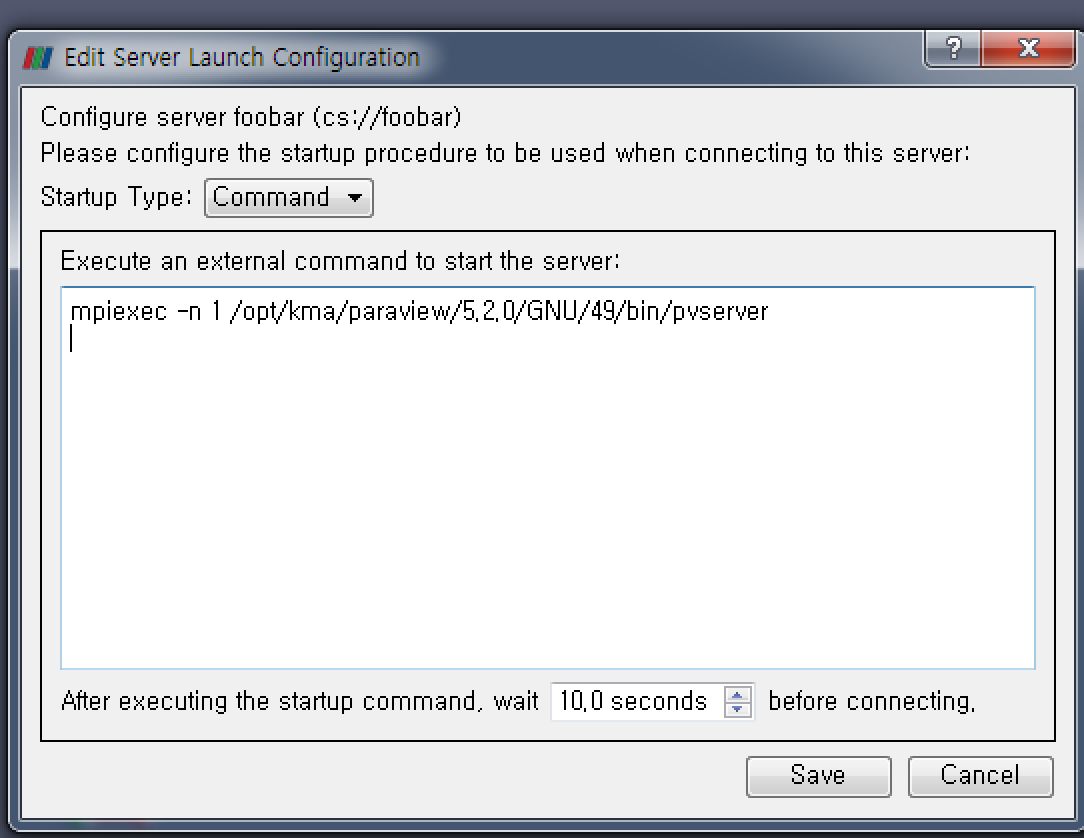 The error messages are as follows:

The process crashed some time after starting successfully.

Would you please let me know how to use Configuration Command? Thank you.