From that issue thread, here is a target dependency graph that represents the problem: 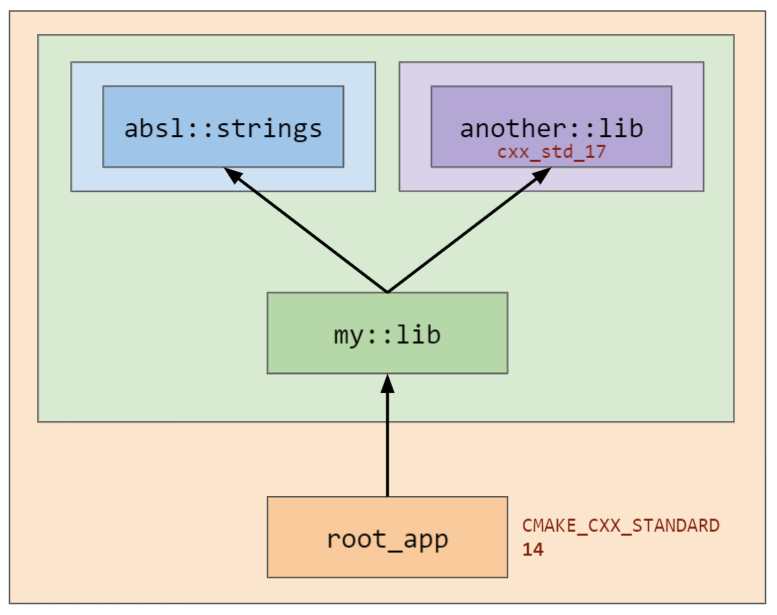 If the absl::strings library target is built with C++14 (per root_app's CMAKE_CXX_STANDARD value) but my::lib is compiled with C++17 (which it inherits from another::lib's cxx_std_17 meta feature), the project will run into unhelpful linker errors. And I am not aware of any current CMake features that the Abseil library or my::lib library could use to detect this problem and produce a clearer build error message.

With the current configuration pictured, my::lib could add a check that fails the build if CMAKE_CXX_STANDARD is less than 17, but if another::lib upgraded to cxx_std_20 in the future, this problem would happen again without a clear error message to explain the issue. So it would be much better if there were a CMake mechanism to enforce the build's semantic constraints around C++ standard.

Feature Request: Open to other solutions to the above problem, but I believe one approach that could work would be:

Would love some feedback from CMake contributors about the right design here. If we can reach consensus, I'm also happy to contribute the implementation (ideally along with a few code pointers as to where to implement + how to test). Thanks very much!