This MR introduces a new render pass called vtkPanoramicProjectionPass that renders the delegate pass in a cubemap with a 90° angle view in every six directions.
Then, those six renderings are combined in a 2D view using an equirectangular projection or an azimuthal projection (fish eye).
Those panoramic projections can be replayed in a compatible device (ie VR headset).

Here is an example of a 360° equirectangular projection when inside of a wavelet: 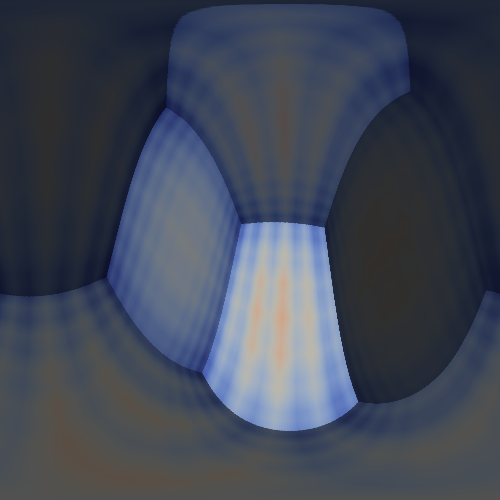