As written in the blog post vtk recently supports rational Bézier cells. The two and three dimensional cells are visualized as expected by ParaView but the curve elements seem to be broken.

The VTK source file for obtaining the images above is VTK_BEZIER_CURVE_quadratic_quarter_circle.vtu.

Exemplary, I tested an embedded 2D Bézier surface in 3D space inspired by the example Figure 5.20 and 5.21 of The NURBS Book of Les Piegl and Wayne Tiller. The corresponding file is VTK_BEZIER_QUADRILATERAL_Piegl_figure_5.20.vtu and it works as expected: 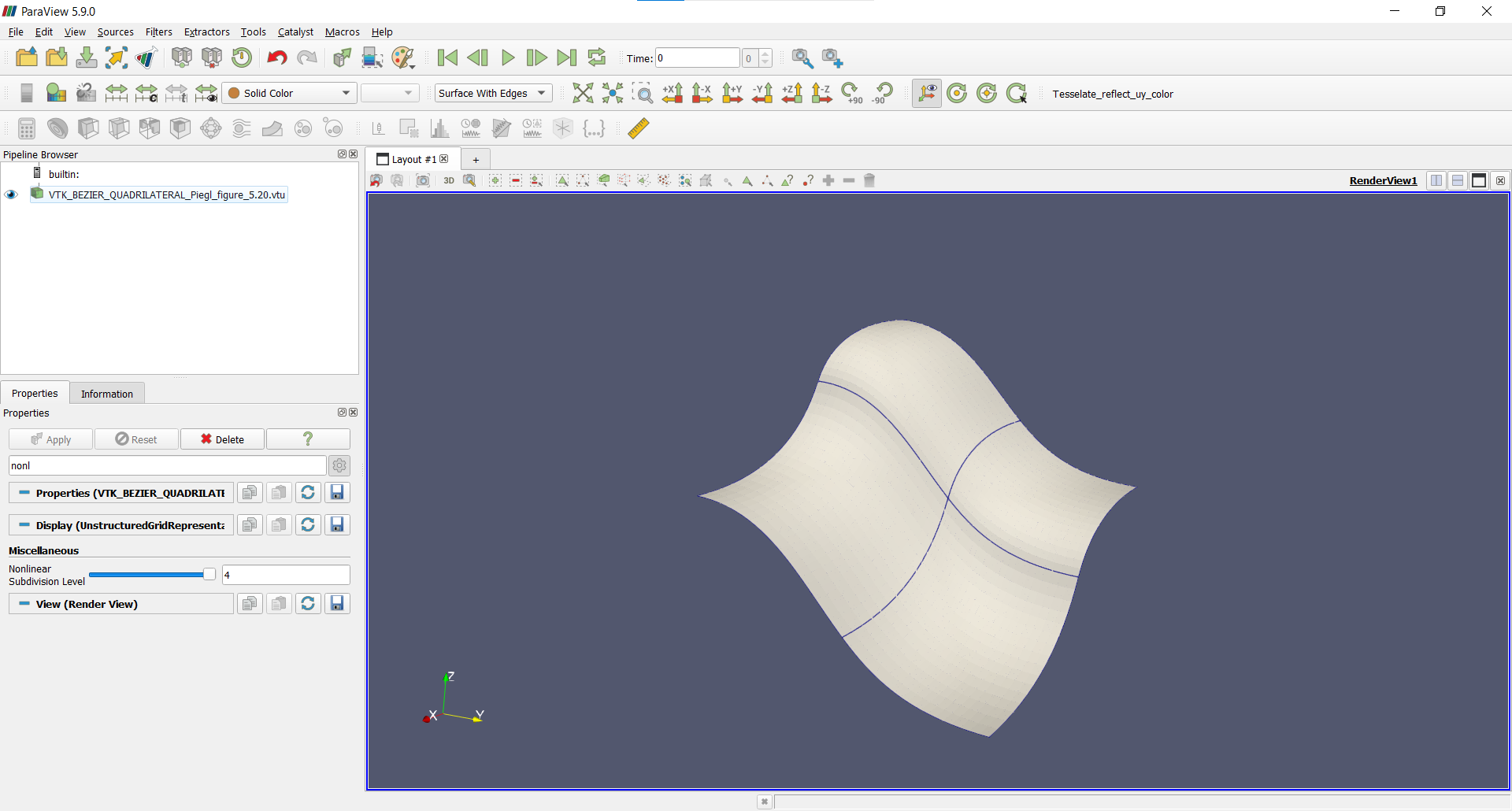 Even the lines between the Bézier patches are rendered correctly, so I think this is might not be a large issue to implement the missing functionality for Bézier curves.

For comparison, I'm adding the link to the original question in the vtk forum.