I read two separate legacy VTK file series, field and pressure, and applied filters to them. I am trying to save an animation which shows both of those filtered datasets simultaneously. When I do it using the Paraview GUI, I am successful in generating such an animation. This is the command used in the trace:

When I run the script using pvpython, this command generates an animation that 'oscillates' between showing the two datasets. Replacing WriteAnimation with SaveAnimation does the some thing (the Magnification parameter has to be omitted). I would like to generate a movie which shows both datasets superimposed.

I have attached this as a .zip file. If you unzip the folder and run 'pvpython ram_automate2.py' inside the 'strange_ani' directory, you will see the movie that is generated in the strange_ani/images' directory.

What is also strange is that the field lines (streamlines generated from field data) are not shown properly in the animation, but are shown more properly if I generate an image instead of a movie. This is what an image looks like: it displays both field (the streamlines) and pressure (the circular disk): 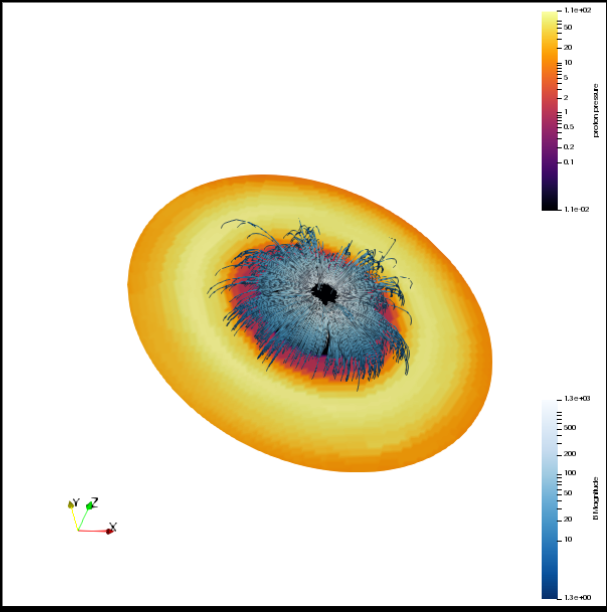 A frame with just the pressure looks like this: 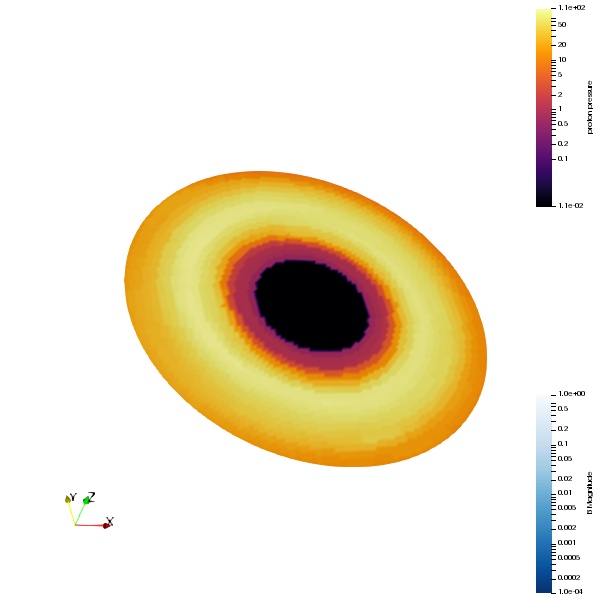 A frame with just the field looks like this (where even the field is not visible properly): 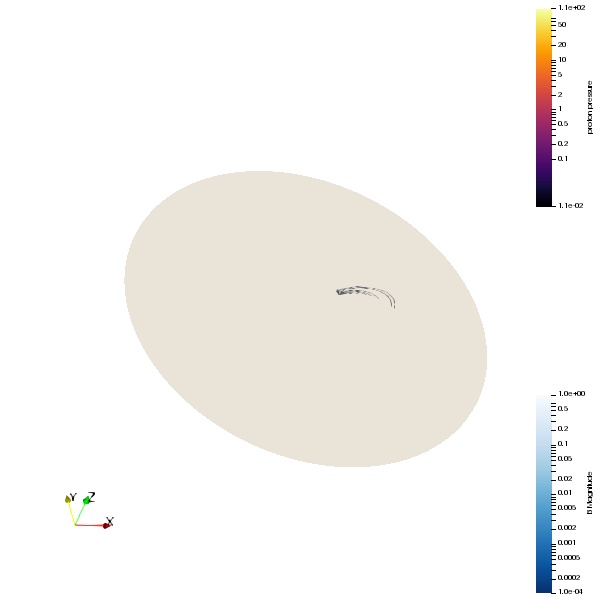 Can anyone point to me what is the right way to generate animations that show both datasets superimposed?