I am attempting to load one of the arrays which is a scalar Q-criterion field ~22GB (assuming Q, lambda2, pressure are scalars and velocity is a vector3) and render it on the CPU with Ospray:

There is certainly enough RAM:

Also checked the GPU RAM in case the app simultaneously uploaded the data there (although it really shouldn't - what is the point of CPU rendering then), and found that it has 24GBs which is still larger than the dataset + base consumption of Windows: 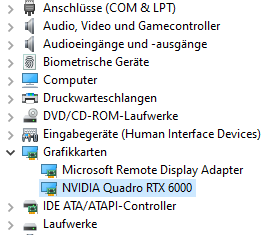 The file is certainly valid and has been rendered through other means before.

Please excuse the not-nice comment for the white hairs I grew today: I do not understand how there are publications advertising TB scale rendering with ParaView when I cannot even load a 22GB grid.

Edited Mar 03, 2021 by Ali Can Demiralp
To upload designs, you'll need to enable LFS and have an admin enable hashed storage. More information