Hello, I just entered here, this is my first post. I recently incorporated ubuntu 20.04 to windows 10 on my laptop because I am using liggghts in ubuntu, to visualize the simulations for my pregrade in Santiago,Chile. I use paraview 5.7.0 and I have the same problem as #17553 (closed) and #18030 (closed).

When I change the opacity to less than 1 the object disappears, I have tried to use the command "VTK_USE_LEGACY_DEPTH_PEELING = 1 paraview" in terminal but apparently no results.

This is my output for

I also have a nvidia GTX1650 video card (In windows I have downloaded the updated drivers and in Ubuntu select the one that said tested), which I don't know if it can generate this error when the object disappears. Finally I apologize for my English which is not my native language and I would really appreciate it if you could help me with this. 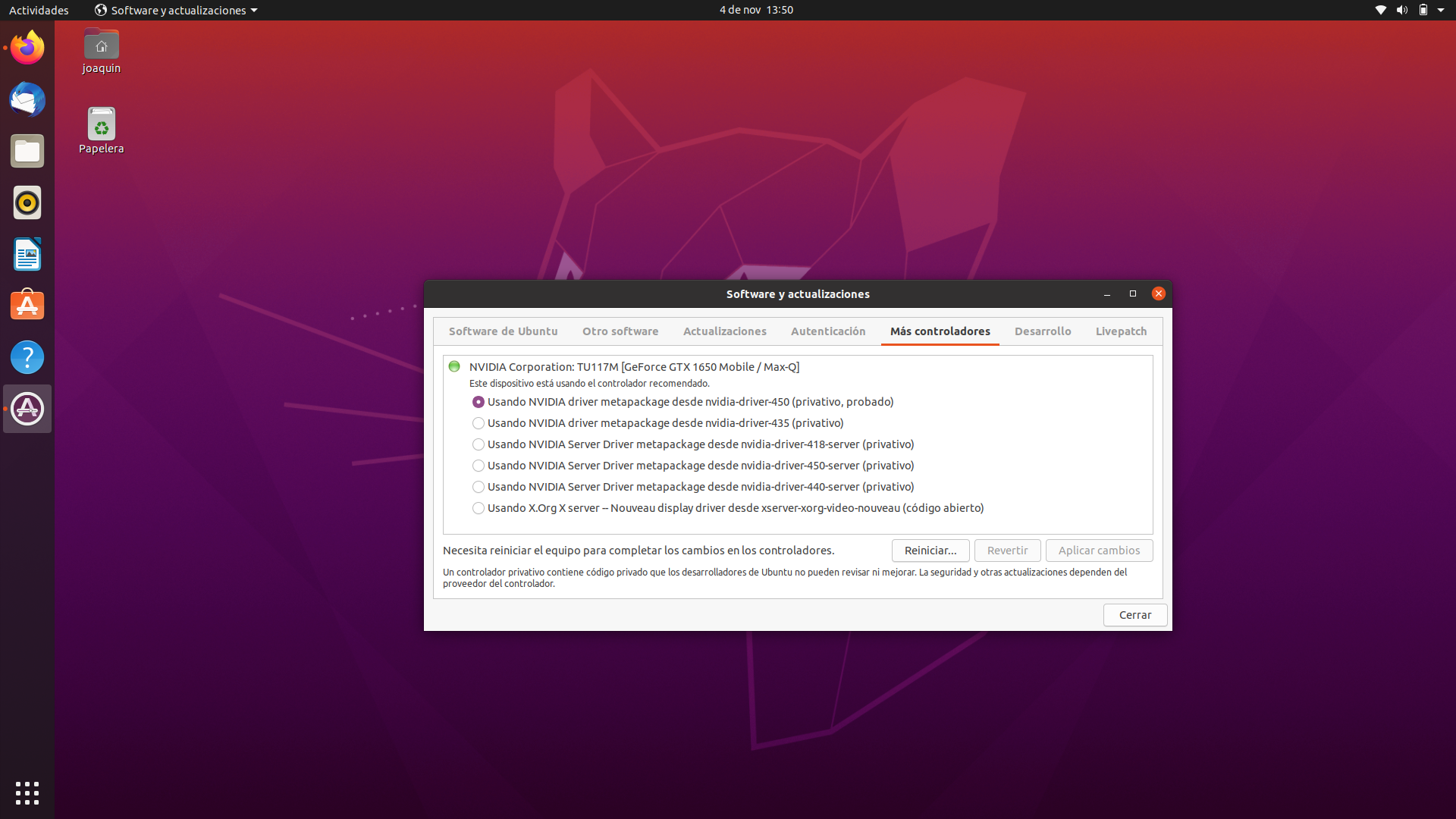