StreamTracerWithCustomSource of ParaView 5.7 with SurfaceStreamlines = 1 goes up to 20 times slower than previous versions of ParaView

I conducted many tests with ParaView 5.7 and I noticed that by activating the SurfaceStreamlines in StreamTracerWithCustomSource filter the processing times have increased a lot.
To prove this claim I considered 3 cases with increasing numbers of cells, all surfaces are with triangular mesh, seed point come from the surfaces.

I have tested 4 pre-builded versions of ParaView and two SuperBuild:
Pre-build:

I tested both the case with SurfaceStreamlines = 1 and SurfaceStreamlines = 0.
Each test was repeated 3 times in order to average the times; only with PV5.7SB I did only one run for each test. A little less than 100 runs in total.
To complete the analysis I report the number of points and cells of the final result in addition to the processing times. Obviously all the tests were conducted on the same machine with the same operating system and in a serial manner without other processes. 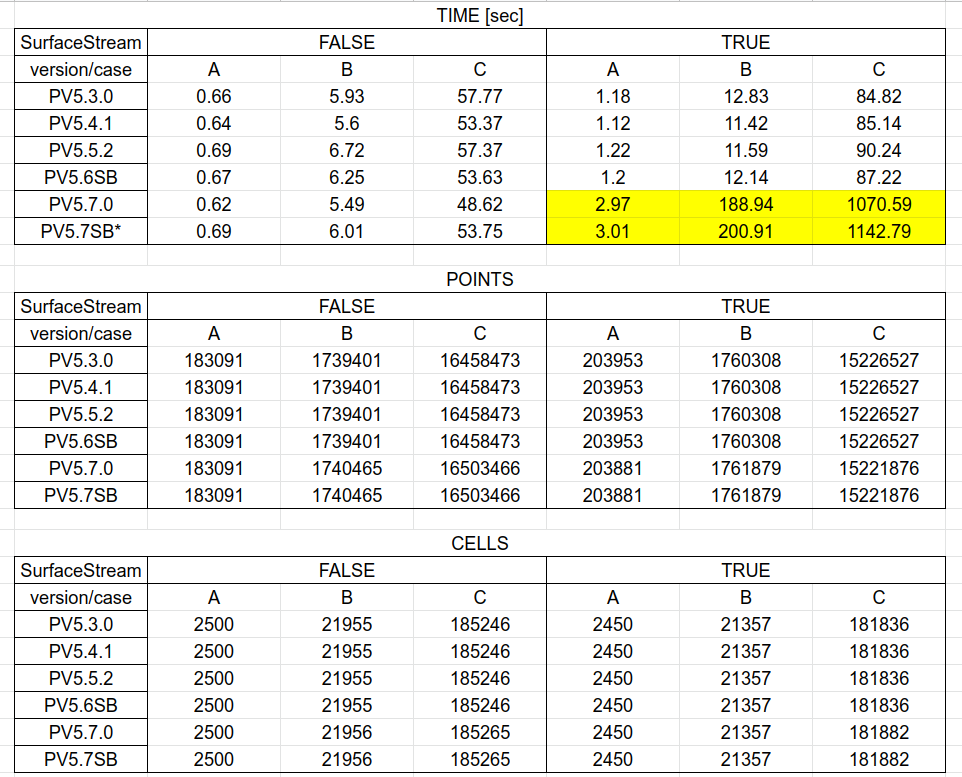 in the attachment you can find the two simple scripts I used to do this analysis and all the intermediate results logs.