Starting with version 2.6.0 CMake supports generating projects for CDT 4.0 or newer. Here you can find information how to use this.

If you are using an older version of CDT or CMake without the Eclipse generator, you can configure Eclipse also manually to work with CMake based projects. This is described here.

Here you find information about plugins which offer syntax highlighting and more for CMake in Eclipse. 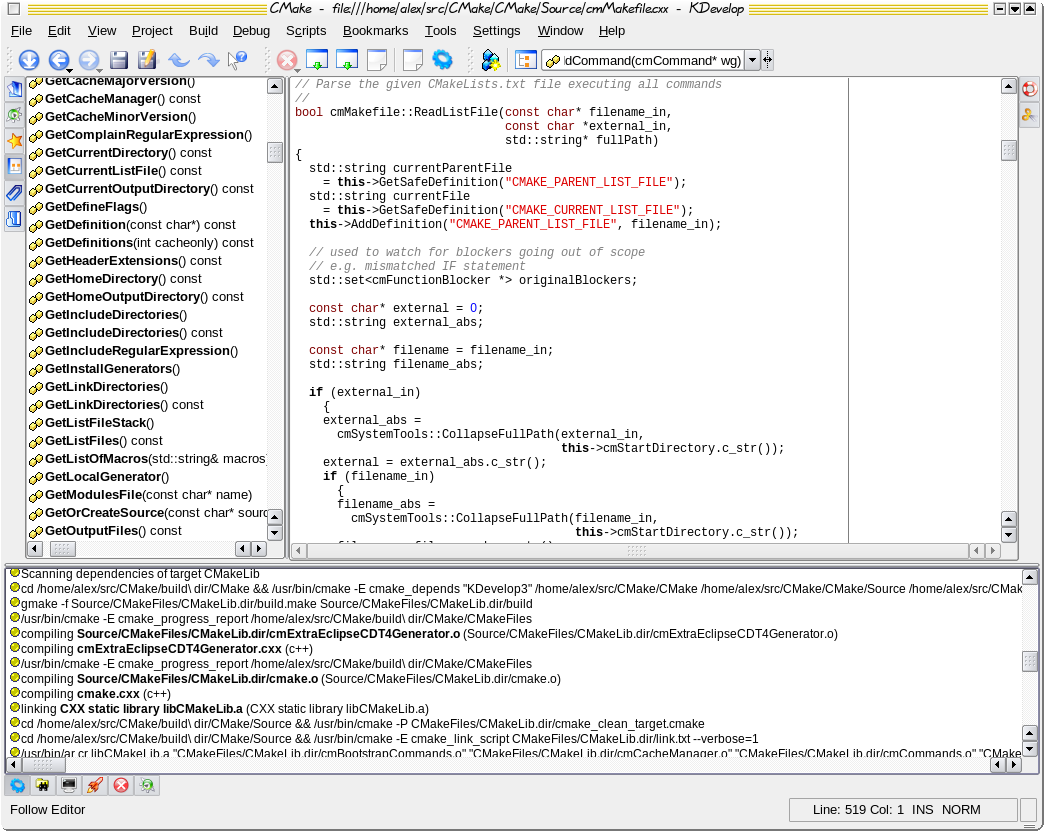 The KDevelop project generator is available in CMake since version 2.2.0. It works with KDevelop 3.1.1 and newer. Out-of-source builds are fully supported. As with all other project generators, adding files to the project has to be done by editing the CMakeLists.txt.

Beside creating all the same files as UNIX Makefile generator, it creates in the toplevel binary directory files:

The first one is XML describing the project, while the second one is a list of relative paths to the source files. The source files are grouped based on globbing expression in the XML file. 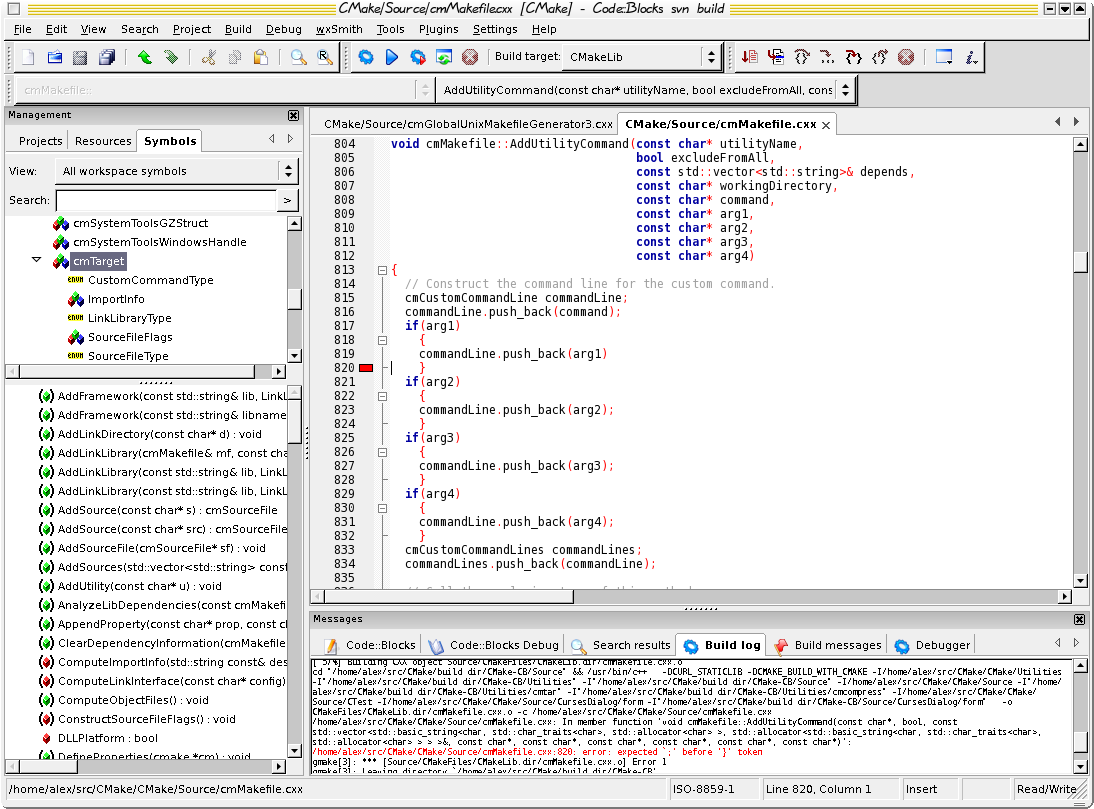 Starting with version 2.6.0 CMake also comes with a project file generator for the CodeBlocks IDE. This support is still in beta and needs feedback in order to mature.

The following targets are available:

The following variants of the generator are available:

These instructions are largely obsolete with the release of Visual Studio 2008 Express Edition, which bundles the win32 SDK with the Visual C++ component.

To compile your project on the command line using the one-year free Visual C++ 2005 Express Edition, you can generate NMake Makefiles with CMake, and then use nmake.

To use the free compiler, 'Visual C++ Express Edition' and 'Microsoft Platform Software development Kit (SDK)' have to be downloaded and installed separately. The batch file for the 'Visual Studio 2005 Command Prompt' must be update to include the path, the include directory, and the libraries for Microsoft Platform SDK.

Download VC Express *and* Platform SDK from http://www.microsoft.com. Install them in C:\Program Files. The license expires one year after your start using it.

Create a batch file called 'VS8_Command_Prompt.bat' in your home directory (for example in C:\cygwin\home\my_username\Bin). Edit this file and type:

Create a Windows shortcut called "VS8_Command_Prompt" in your Desktop. Right click and go to Properties. Edit the shortcut tab (replace x86 with amd64, x64, ia64, x86_amd64, or x86_ia64 depending on your processor type):

Double-click on your VS8_Command_Prompt shortcut. Go to your build directory.

Use CMakeSetup.exe (replace 2.2 with your CMake version number)

Set the CMake variables, click 'Configure', and then 'Ok'.

Check you have a Makefile in your build directory. In the VS8_Command_Prompt, and type:

Your project should compile now.

We are working on adding CMake support for generating Symbian Carbide.c++ projects. Here you can find more information about this work.