See this picture for a full build that measures when the compiler starts and ends, the large bar at the bottom is building moc_compilation.cpp.o, in the top right corner is the final executable (which takes about a second to link with lld). Also visible is that ninja runs out of jobs and wastes some time. The vertical lines mark seconds (this build took 175.4 seconds). 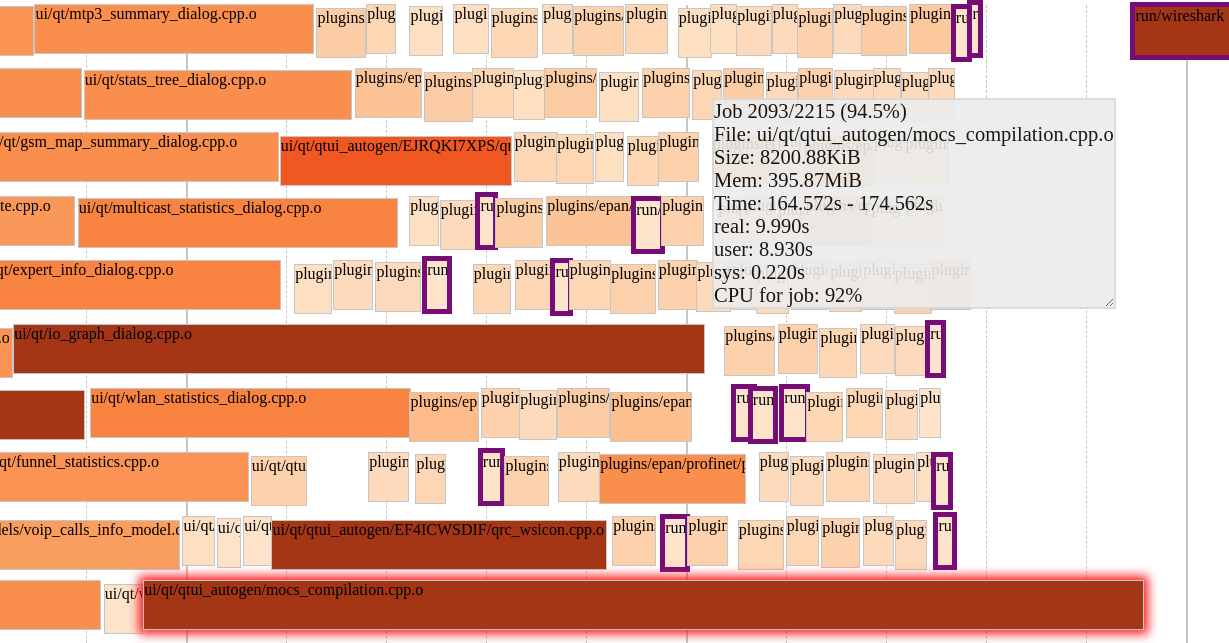 I suppose that if this object is built earlier, then jobs could be better distributed, reducing idle and compile times.

This particular object has the following dependency:

qtui is an object library included with the wireshark executable target. Just running ninja -nvj1 qtui reveals that the above object is built very late:

My question, is there a way to order the autogen target earlier in the dependency list to ensure that its build is started earlier? The goal is to reduce the idle time and therefore reduce the total build time.