When generating a "Codelite - Unix Makefiles" project, I can build everything. But I cannot launch/debug a project from within Codelite. It can't find the executable.

Stepping through the cmake source I found that in cmExtraCodeLiteGenerator.cxx only EXECUTABLE_OUTPUT_PATH is queried for the binary output path, which was always empty for the projects I tried - so it defaulted. In my project I set them via CMAKE_RUNTIME_OUTPUT_DIRECTORY. If I change the code to query that variable first, the output filepath is set correctly.

That would help in my situation, where my binaries are named exactly like the project names. It won't suffice for i.e the cmake source, where the project is named "CMake" but the executable is named "cmake". 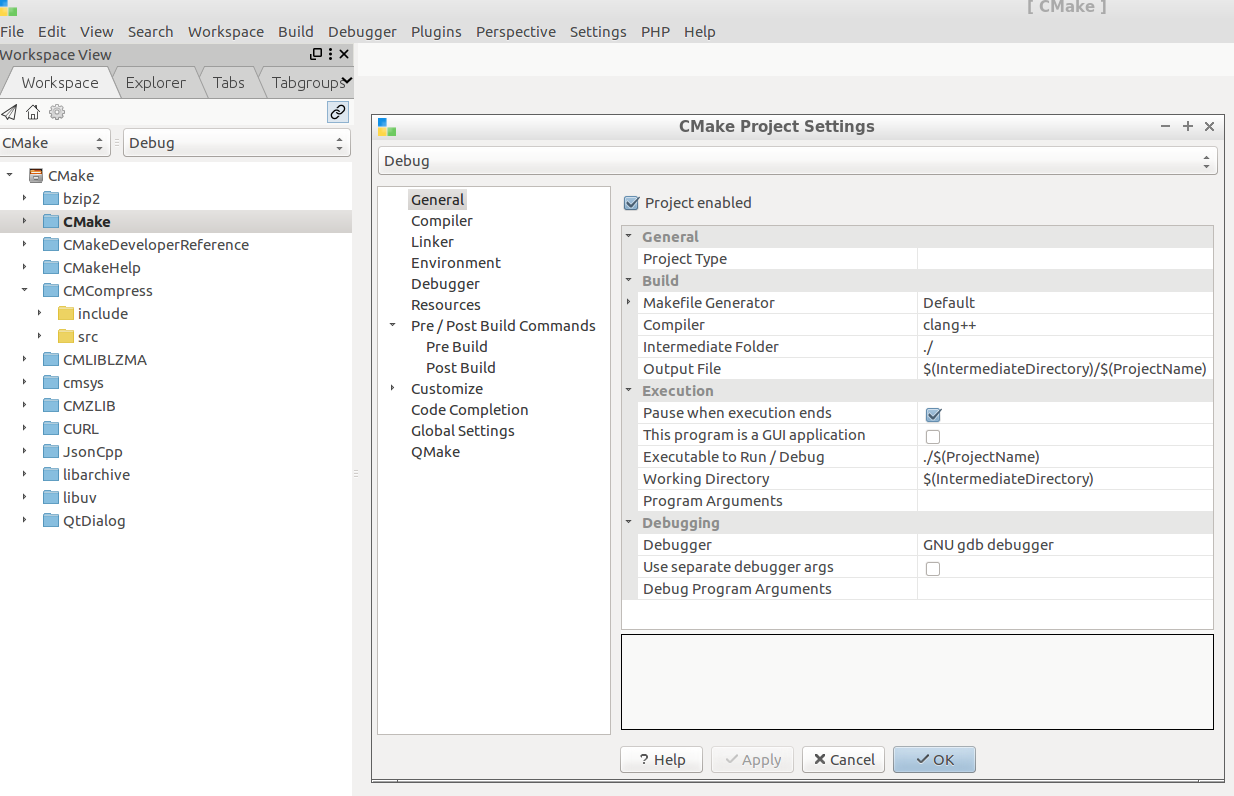